E-scooters were not originally intended for this purpose. Due to their design, they are also less suitable for conquering steep inclines. Nevertheless, not everyone lives in the flat country, and having to pedal or even push on every steep incline is no fun in the long run, so this is it often neglected topic for many owners and interested parties quite (purchase) relevant.

This small guide provides valuable information and tips on what to consider when it comes to the “climbing ability of Electric Scooters”.

First of all, one has to distinguish between different types of slopes: for some, a “hill” is already a short crest or small hill with a maximum gradient of 10%, for others (myself included) a mountainous driving profile only starts at 15-20% – a gradient that one has to make an effort to overcome even on foot.

Underground car park driveways usually have a gradient of around 10%, steeper roads up to 15-17% and really steep paths and typical vineyards 20-25%.

Anything above this usually exceeds the capacity of the legally permitted/road-legal e-scooters in Germany, whose continuous power must not exceed 500W, which at the same time also affects the relevant peak power value. This in turn depends on the system voltage (typically 36, 48, or 52V) and the maximum current flow specified by the installed controller (usually 15 to 20A), whereby it must be taken into account that a freshly charged, fully charged battery can deliver more electrical energy than a battery that is only half full.

For example, the maximum voltage of a 36V system immediately after charging is about 42V, which results in a possible maximum power of 42*15 = 630W with a 15A controller. If the battery charge level and thus also the system voltage drops over time to the “standard voltage” of 36V, which corresponds to a battery level of about 50%, the motor can already only draw on a maximum of 540W.

In principle, the following “categories” can be defined with regard to the climbing ability of Electric scooters:

3.15-20% – this is where the wheat is separated from the chaff – only very few 350W continuous power scooters with rear-wheel drive are able to climb these relatively steep gradients.

4.20-25% – the “royal class”, which requires a powerful 500W rear-wheel motor (preferably with a torque-increasing gearbox), which currently applies to perhaps 2-3 road-legal e-scooters.

Depending on the requirement profile (dwelling on/on a mountain, longer tours through “mountainous”/hilly terrain, use as last-mile bridging in the city, etc.), an e-scooter should have a certain, minimum climbing ability, but what does this actually depend on?

To illustrate the dependencies of the climbing ability, here are two extreme examples:

a. A person weighing 70 kg rides up a short (5m long) ramp of 15% on level ground and with a starting speed of 20 km/h in no wind. Under the aforementioned conditions, this should not be too great or even insurmountable an obstacle for most e-scooters.

b. The same person rides with a 30 kg backpack, without any run-up and in a strong headwind on wet cobblestones up a 50 m long slope, which also has a constant 15%.
The second case increases the demands on the performance of the e-scooter many times over and extremely limits the choice of vehicles that can be considered.

As you can see from the above example, a 15% gradient is not always the same as a 15% gradient – you always have to include all relevant boundary conditions in order to obtain meaningful information regarding the actual climbing ability.

In general, it can be said that the “standstill limit” of a scooter on a hill is about 3-5 km/h and additional weight of 20 kg reduces the minimum speed by approx. 5 km/h.

In concrete terms, this means that, for example, a relatively light woman weighing 60 kg can still manage a demanding incline at a thoroughly respectable 15 km/h, while a 100 kg man might not be able to climb the same incline with exactly the same scooter at all.

In addition to the relevant vehicle parameters (continuous and peak power, torque, drive type and motor design), factors such as rider weight, outside temperature, surface condition of the road, tire pressure, battery charge level, start-up length/speed, as well as length and shape of the slope (“hump”, “hill” or straight slope) play a decisive role here.

The official manufacturer’s data on gradient should often be treated with caution and skepticism. On the one hand, these values are often only estimated or determined under absolute (and thus unrealistic) ideal conditions – see the example above; on the other hand, the unit of the gradient is often “mixed up” and instead of %, ° is incorrectly stated.

A gradient of e.g. 20° corresponds to an insane gradient of 36% (relatively steep mountain roads usually have a gradient of “only” 17-18%, which is only half of this value)!

Last but not least, a climbing ability of “up to” strictly speaking only means that the e-scooter can manage the stated gradient at the minimum speed (3-4 km/h) and with the utmost effort(!) – so one should not expect a maximum speed (20 km/h), even if the manufacturer’s statement is somewhat realistic.

So what should you watch out for if you want to purchase an e-scooter that is can climb mountains?

A rear-wheel-drive (motor built into the rear wheel) and ideally a geared motor (although this is extremely rare) is extremely advantageous for steep inclines.

Since e-scooters with the same or similar performance data can have completely different driving characteristics, it is always advisable to test drive and/or extensively research relevant tests of the model you are considering, taking into account different rider weights and other test conditions. 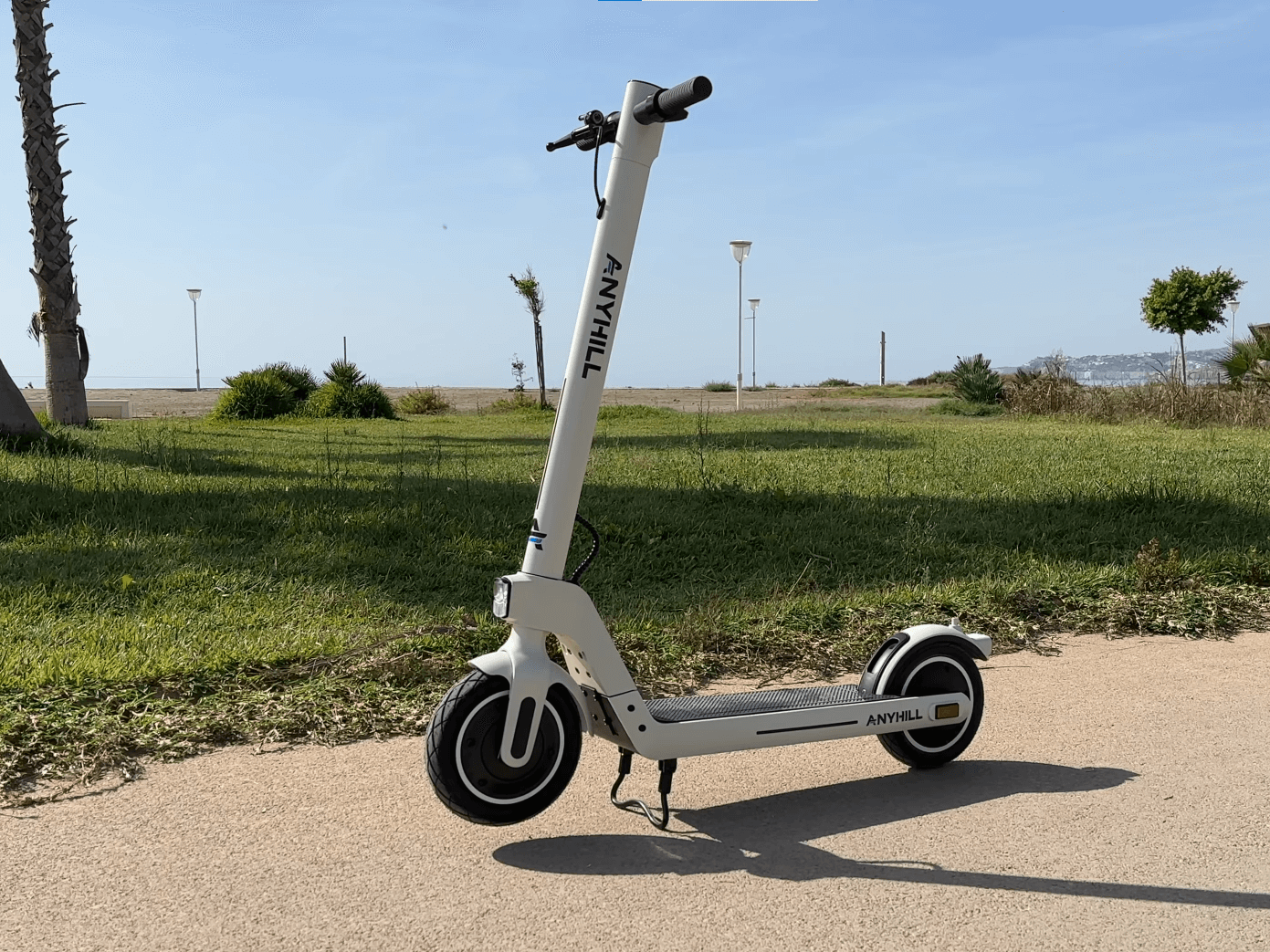 Riding with Confidence: An Informative Guide to Electric Scooter Laws 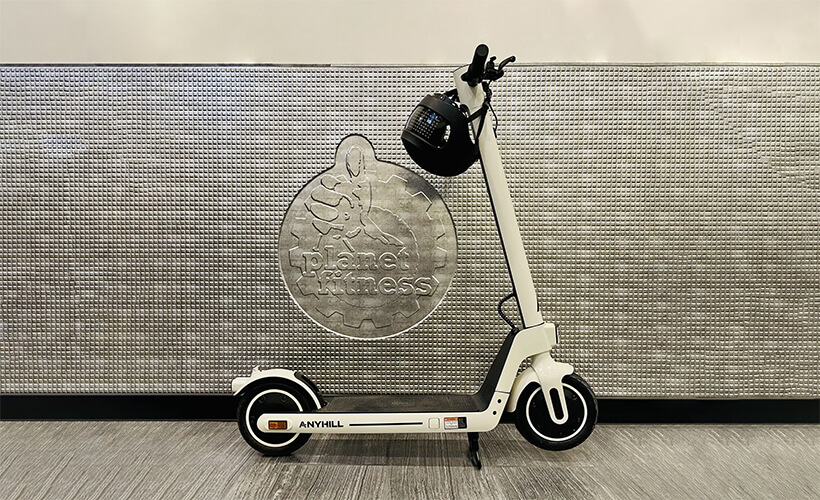 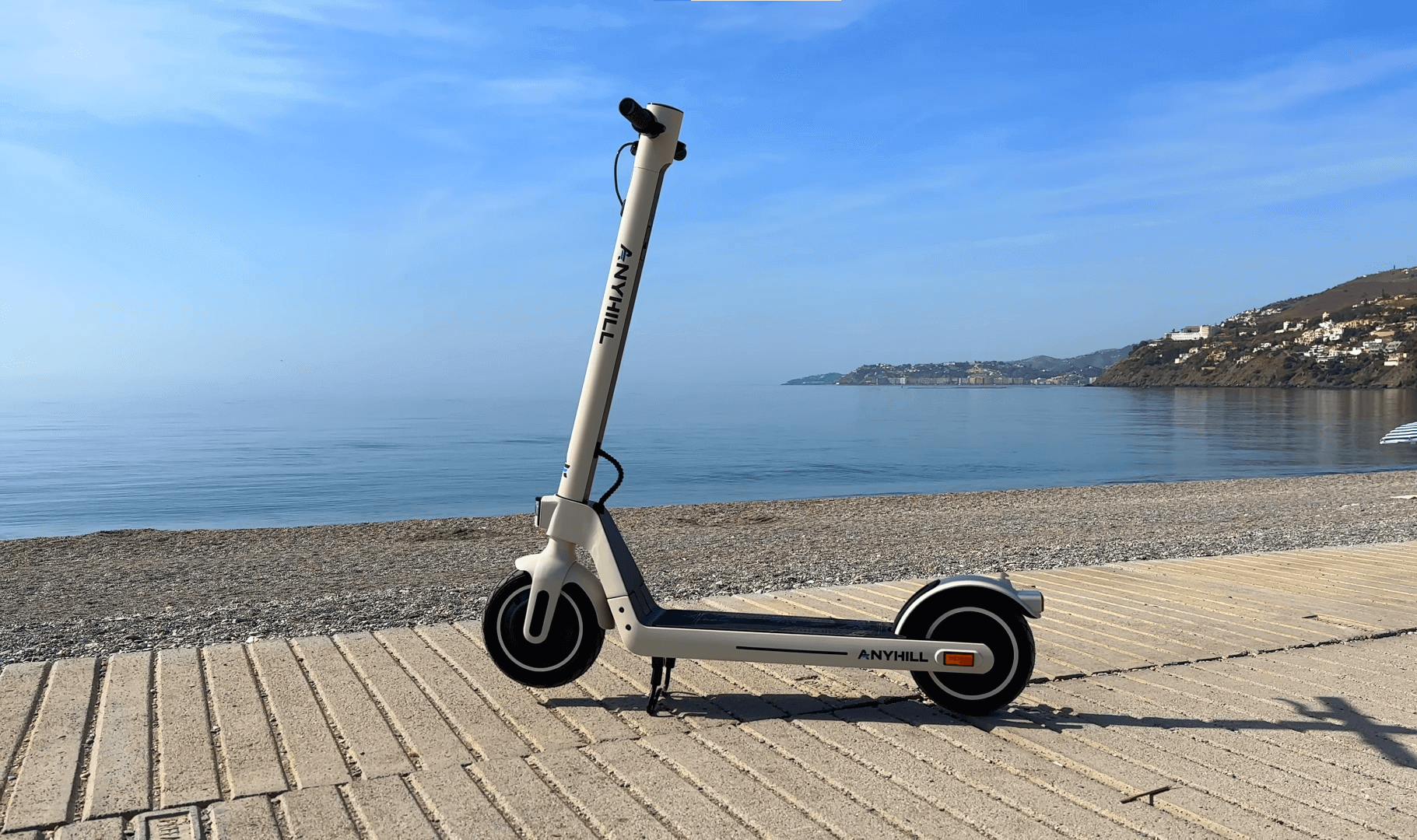 Best Tips for Anyhill Electric Scooter Storage During the Winter